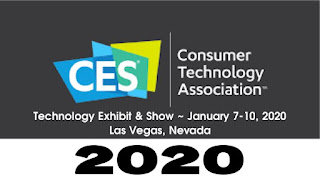 Once again it’s that time of year where over 175,000 world-wide consumer electronic industry exhibitors and media professionals gather to see the latest in technology which the Consumer Technology Association has to offer. As always, many items are introduced for merchants to place orders, while others are presented to test the waters, or to simply stimulate the taste of creators to look into what the future may hold. The start of a new decade certainly brought a lot of fresh ideas to the table. As always, it’s difficult to report on most individual gadgets since over 20,000 products debut, so I’ll attempt to show trends and where things may be heading with Artificial Intelligence, AI, and many other technologies that define the future of innovation. 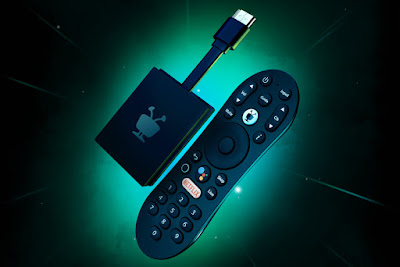 TIVO, best known for introducing the DVR, a device that dramatically changed how we watch television, made a big announcement at CES. The TIVO STREAM 4K is an HDMI dongle with Dolby Atmos and Dolby Vision built-in. It will have access to 5000+ Google Play Android TV apps due to its running a modified version of the streaming platform. The Sling TV will be the preferred source for subscription TV through the TIVO STREAM 4K system. The relatively small box plugs directly into the HDMI port of your TV and comes with a smaller version of the peanut shaped remote. This remote comes with the normal volume, channel, and guide buttons along with a few others including a number pad. The remote does have the Netflix and Google Assist buttons along with Home and Back. The TIVO STREAM 4K will be launching at a special introductory price of $49.95 in April of this year. List price will be $69.95. Also of note, San Jose based technology giant Xperi Corporation is in the process of purchasing TIVO for three billion dollars. TIVO, by the way, during last year’s fourth quarter, did introduce its latest DVR, the EDGE. 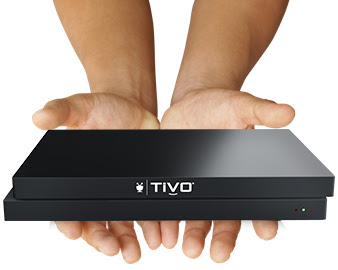 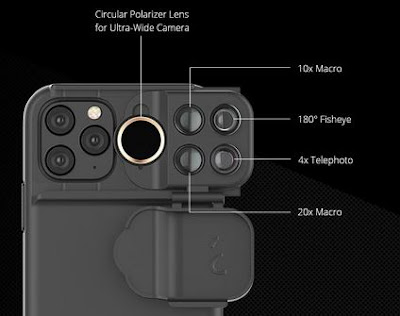 ShiftCam has come up with an ingenious solution for adding different focal length lenses to your iPhone 11, 11 PRO and MAX. The company puts a number of lens and filter modules into a phone case that has a sliding section. These cases are iPhone 11 model specific. You can simply slide the correct lens or filter over your phone’s camera. Right now it is understandably iPhone-only, as the bewildering variety of form factors for Android phones makes building something like this for them difficult. 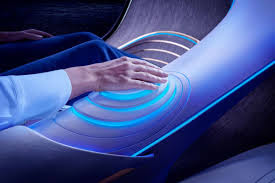 Mercedes-Benz showed their AVTR concept car. It’s not necessarily the car of the future, but fun to see a designer’s imagination take off. This car not only detects your pulse and confirms it with a nudge on your seatback, but also detects your breathing. It does away with the traditional steering wheel and replaces it by recognizing the driver with a multifunctional control element activated with their palm. Another surprise in the automobile arena was Sony’s Vision-S. A futuristic prototype vehicle that comes loaded with sensors for monitoring its passengers and surroundings and a huge infotainment system spatial audio. All interesting, but with no availability! 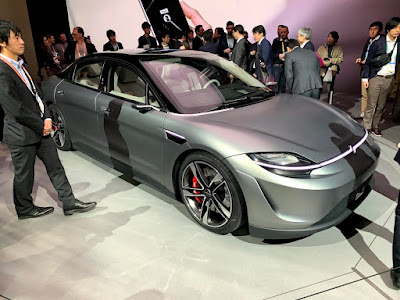 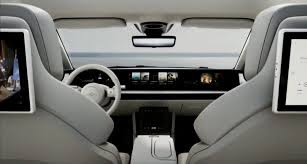 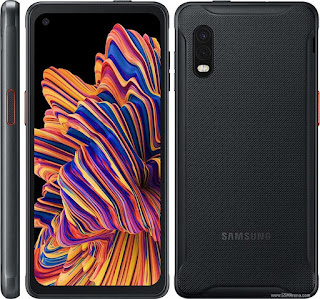 Samsung displayed the Galaxy XCover Pro that features a 4,020mah removable battery that can be replaced at any time permitting heavy use users the ability to exchange batteries while in the field. This phone is a rugged device housed in mostly a plastic body. It incorporates a 6.3-inch display (2400 x 1080), Exynos processor, 4GB Ram and 64GB storage, plus a push-to-talk button for quick voice communications and includes a 3.5mm audio jack. The phone supports 15W fast charging, as well as special docks that use pogo pins. To help survive the elements, Samsung claims it has an IP68 dust and water-resistance rating, can withstand drops of up to 1.5 meters (59”) and it’s MIL-STD 810G certified, which means it should theoretically be able to withstand extreme altitudes, temperatures, humidity, and other difficult conditions. The model shown uses the Android 10 operating system with UI 2.0 at launch and will be released some time in the first half of 2020  offered by Verizon. A European model will be available in late January. It uses a Samsung CB/T18287-2000 battery at under $10. More phone info: https://bit.ly/2tcJDsr

TV’s were also all the rage by being defined into two categories, 8K and gaming.  At the convention the AV1 video codec made its official debut. It enables 8K TVs to stream 8K content from YouTube. Other providers such as Netflix have committed to adopting AV1, but not necessarily for 8K. Sony, Samsung, LG, and TCL all said that AV1 will either be supported in their 8K TVs in the first half of 2020, or in the near future. As for Android TVs, Android 10 is required for YouTube 8K via AV1. Samsung seemed to strongly suggest that Rakuten TV, a video-on-demand streaming service offering movies, and television series via subscription, rental and purchase, will launch 8K streaming sometime this year as well.

Samsung showed a rotating 4K model known as the Sero. It has a 43-inch screen that features the latest HDMI 2.1 standard, and rotates from landscape (default mode) to a portrait mode for displaying many smartphone videos. 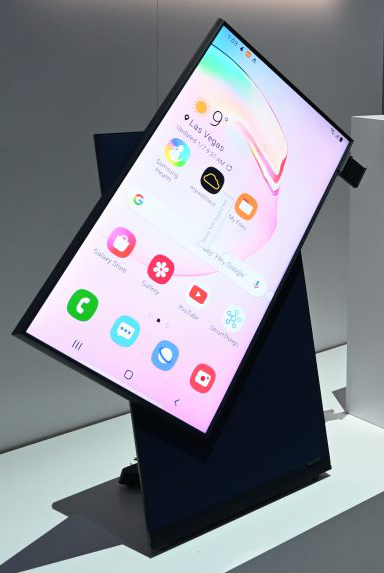 Not to be outdone, Google and Amazon’s Alexa devices introduced several new applications: Google introduced an interpreter mode that allows two people to carry on a conversation while speaking different languages. Amazon teamed up with Exxon Mobil to let customers with Alexa in their cars pay for gas at 11,500 stations nationwide by just asking the assistant to do so while at the pump. And how about an Alexa controlled Lamborghini! What could be next?

Robots were also quite the rage at CES. Elephant Robotics developed a robotic pet cat called MarsCat. This bionic cat can walk, stretch, play with toys, avoid objects in its path and bite its nails. It also recognizes human faces and can relate to 20 plus commands and phrases such as “sit” and “come here”. Interesting, but no immediate application was defined. Once again, Samsung-backed NEON showed off one of the most interesting new technologies at the show. “Artificial Humans” are CGI creations that interact with users in more unusual ways than available with present day Alexa and Google Assistants. 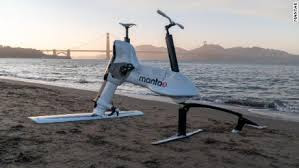 Uber and Hyundai displayed a flying taxi that could become a future form of ridesharing technology. The first prototype known as Manta 5 is forecast for 2023 according to a Hyundai spokesperson. 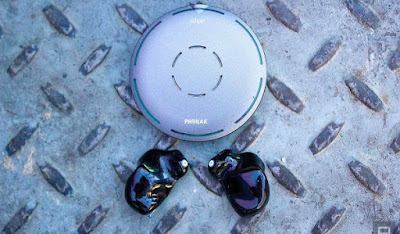 And last, but certainly not least, PHONAK, a many decade old Swiss hearing aid company, unveiled VIRTO BLACK. It’s a fully-connected in-the-ear hearing aid that combines Marvel hearing technology and is shaped like a hearable. This technology includes Bluetooth streaming, hands-free phone calls, and a personalized hearing experience via the MyPhonak app. When paired with a Roger accessory, Virto Black wearers can also experience up to 10 times better-than-normal hearing in noisy situations and over distance by streaming the Roger directly into both ears. For more information on the Marvel and Roger technology go to: https://bit.ly/2TeNuA4.

Now that I’ve peaked your interest, watch along with me, a video tour of THE COOLEST AND WEIRDEST GADGETS AT CES 2020 with THE WASHINGTON POST’S reporters, Geoffrey Fowler and Heather Kelly. Enjoy! https://bit.ly/37YId3H

Images: By the manufacturer or Google Images & Engadget

Bob Skidmore is a freelance writer, who may be contacted at bob.thegadgeteer.skidmore@gmail.com, or followed at twitter.com/bskidmore for the latest gadget industry news. He does not represent, or endorse any of the products he reviews and his opinions are solely his points of view and not those of the manufacturer. The manufacturer generally supplies products at no cost for the articles and no other compensation is received. THE GADGETEER is highly selective as to products he feels worthy of review so as not to waste the reader’s time, thus the reason for many superior ratings. In some cases news services and press releases made available to the GADGETEER are used to compile this column as opposed to actual show attendance.

Be sure to catch the latest episode of “CONVERSATIONS WITH THE GADGETEER. Simply click on the link below to gain direct access: 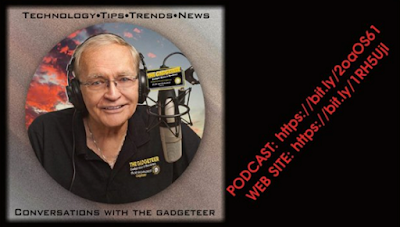 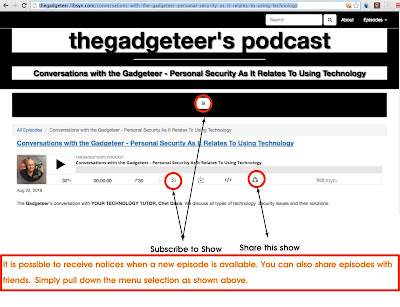 Posted by Bob Skidmore at 4:43 AM No comments:

Bob Skidmore
Bob's career includes a ten year stint with RKO General Broadcasting in NYC, and 34 years as President of Media Concepts, Inc., a pioneer in audio and video production, forensic A/V, consultant to the judiciary, equipment sales and product development. Media Concepts was located in St. Petersburg, Florida. While in New York, Bob was a member of the International Motor Press Association (IMPA) and did investigative reporting on "auto safety" topics for WOR's Barry Farber Show. In the early eighties Bob broadcast a weekly gadget feature entitled "Weekend 57" over WPLP talk radio in the Tampa Bay market. As a freelance journalist Bob has written for several publications including THE ST. PETERSBURG TIMES, now known as, THE TAMPA BAY TIMES, Florida's largest newspaper. This blog represents an ongoing series of his current and past articles. Bob has written under THE GADGETEER byline for over thirty years. This column is syndicated and articles appear in numerous publications world-wide. Articles may be reprinted or added as a link on your web site by obtaining permission from the copyright holder, Bob Skidmore at: bob.thegadgeteer.skidmore@gmail.com.